Elected Members of the Board of Directors 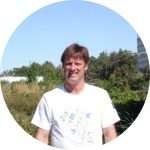 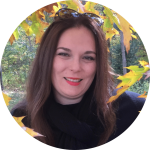 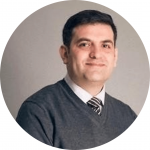 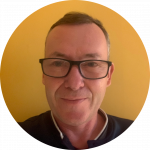 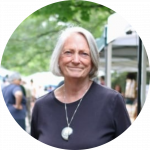 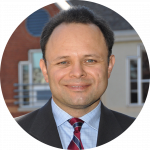 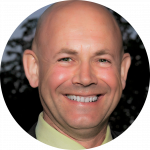 Elected Members of the Bargaining Committee 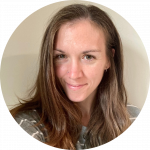 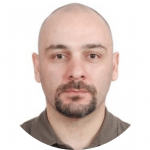 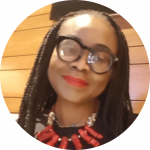 This was another exceptional and challenging year for all of us. Despite the ongoing issues related to COVID-19 and the serious impact it had on us, and on our work as professors and researchers, we continue to actively advocate the rights and interests of our members. We are very pleased to report on our many activities this year, especially the gains we have made in bargaining.

So, let us celebrate the work we have accomplished as we look forward to continuing our collective goal to build a better and fairer future for us all.

Key gains for all units:

Key gain for all part-time professors:

For the first time in APTPUO’s history, the Bargaining Committee conducted negotiations for all three units (Main, OLBI and Toronto-Windsor) at the same time. Overall, the Bargaining Committee met with the employer over 30 times. It should be noted that during the negotiations for the main unit in June, the Association had to file an unfair labour practice complaint against the employer. Both the Main Unit and the OLBI Unit required strong strike mandates to persuade the employer to act on our proposals in conciliation and mediation. Our main unit members, with the support of our students and allies, put significant pressure on the university administration in late August and late October, which helped the Committee to secure a new collective agreement.

As you know, the Ford government did not make this bargaining round any easier. They repealed large parts of Bill 148, the Fair Workplaces and Better Jobs Act, and introduced Bill 124, which caps wage gains at 1% per year over a three-year period and caps the total compensation as well at 1% per year over that period. However, on November 29, Justice Markus Koehnen of the Ontario Superior Court of Justice struck down Bill 124 and declared it null and void as an infringement of our Charter right to free collective bargaining. If Justice Koehnen’s decision is further upheld, the Bargaining Committee has negotiated a reopener clause with the employer that will allow us to seek additional compensation to offset the current effects of inflation and increased workload, among other things.

For comparison, the 55,000 education workers with CUPE recently negotiated a four-year agreement at 3.59% per year. Our monetary gain in the fourth year is over 6%, while the reopener will allow us to renegotiate years one to three for wages and benefits. The Bargaining Committee has put us in an excellent position.

Our ability to bargain more effectively has been improved in several ways. Firstly, last year our Recording Secretary, Julie Delorme, made changes to the Association’s Constitution and Bylaws to allow members to vote electronically during elections and ratifications of collective agreements. As a result, we recorded an unprecedented 350 members who exercised their right to vote in the Bargaining Committee elections last year. This year, just under 600 members participated in the strike vote during the summer and almost 700 members voted on the ratification of the Main Unit’s collective agreement. This is union democracy in action!

Second, the Vice-Presidents, Luc Angers and Pascal Sergent, were able to expand the opportunities for membership involvement, with new part-time professor seats on faculty councils and new APTPUO committees. The VP Membership Engagement spearheaded initiatives to raise awareness about the negative impacts of bimodal courses, the lack of adequate pandemic health and safety measures on campus, as well as key bargaining issues such as precarity and workload for members. This year, the VP Membership engagement did numerous interviews with media outlets such as Le Droit, Fm 104.7, TVA Ottawa/Gatineau, SRC Ottawa/Gatineau, CBC Radio, the Citizen, Le Devoir, and La Rotonde.

The Academic Affairs Committee, under the leadership of Pascal Sergent, the Vice-President of Academic Affairs and Administration, has been working on the preparation of an Academic Conference for the fall that had to be postponed as the bargaining of our three collective agreements required a lot of our energy.

Through efforts to build alliances with the other unions on campus and effective membership communication and engagement, we were able to leverage these efforts to put pressure on the university administration to accept our key bargaining concessions. These include a seniority-based pay scale, better job security, technology equipment grants, paid training and more funding for academic and professional development and tuition fee credits.

Third, under the capable and prudent stewardship of our treasurer, Reza Farzi, the Association has built a sizable reserve fund under his tenure. Last year, the treasurer proposed a $50,000 reserve fund for mobilization linked to bargaining. This is in addition to the $1 million strike fund, while there are additional reserves when needed. The mere fact that the Association has the needed funds to sustain a prolonged strike provides significant pressure on the employer.

The Bargaining Committee made another key gain in negotiations, but that was not part of the ratification package. For many years, our members have wanted to be included in the most important academic governance institution at the University of Ottawa. The Committee negotiated a commitment that the provost will recommend three seats for part-time professors to the Senate. The Faculty councils’ representatives will select the three representatives. This is another key concession on the part of the senior administration: they had wanted the Senate executive committee to choose the representatives.

Thanks to the hard work of the grievance team made up of Greer Knox (English Grievance Officer), Nelson Arturo Ovalle Diaz (French Grievance officer), and supported by Katherine Kenny (Labour Relations Advisor), Jean-Sebastien Daoust (Administrative Director) and Pascal Sergent (President of the Grievance Committee) we have won a number of individual member grievances. The Association also won a key grievance for our Joint Health and Safety Committee members. They will now be paid for their time on these joint employer-employee committees. They help ensure the safety and health of all employees at the University of Ottawa, which has been particularly important during the pandemic.

Member representation goes well beyond Union representation in grievances. And so we also have to recognize the hard work of all those who represent members in Faculties and departments, who represent us on employer-employee committees (such as the University’s occupational health and safety committees), and all those members who advance the Association’s work on our own committees. Gustavo Freire, for example, who is the Chair of the Equity, Diversity and Inclusion Committee, and Committee members had several meetings with the University’s special advisor on anti-racism and inclusive excellence to advocate for part-time professors and to ensure that we are not excluded.

Anne-Sophie Ruest-Paquette, Tansy Etro-Beko, and Gustavo stepped up to support the Strike Committee and help with bargaining communications. Anne-Sophie, who is a member of the Academic Affairs Committee, also spearheaded the initial preparation for the next conference and we hope that she will continue her excellent work in the coming year. Matthew Kurtz, who is a member of the Finance Committee, provided key advice on university finances and its use for bargaining. Raúl Colón, a member of the Political Action and Mobilization Committee, advocated strongly to keep the pressure on the University administration for better health and safety measures. And of course, countless other members have made indispensable contributions during the year

One major strength of this year’s Board of Directors was the collegial and collaborative approach in our meetings, which allowed us to get things done. We trusted and supported each other, which is no small feat in what continues to be an exceptionally challenging and stressful context. A united front is particularly important in our dealings with the university administration and during consultations.

Ultimately, we were effective as a Board this year because we are a cohesive team and that includes in first place the invaluable contributions and support of Jean-Sebastien, Natasha and Katherine, but also extends to include the support and expertise of all of the Council representatives, the Committee members, and all those members who make suggestions, recommendations, and flag issues that the Association needs to handle.

Our Future: Stronger together

Key activities to expect in the next year:

We all look forward to the time when we will be able to meet in person at FSS 4007 or at a similar venue, and where we can engage in lively discussions and debates to further build and strengthen this association together.

One thing is certain: we will continue our efforts to keep members informed, engaged and mobilized, as well as represent them and promote solidarity among us, both on campus and beyond.

The next Board of Directors will also need to take concrete actions to build solidarity and to make sure that our most vulnerable members are protected. Because of Bill 124, the Bargaining Committee was not able to negotiate gains on benefits. We are aware that a number of our members need additional coverage, particularly a dental plan, and the union will explore options in the coming months to provide sufficient coverage until the next bargaining round.

We thank the excellent work of the team over the course of this very eventful year. As an association, we simply could not function without the capable expertise, enthusiasm, and unrelenting support of Jean-Sébastien Daoust, Katherine Kenny and Natasha Roy.

Finally, we thank all of you for everything that you do, whether you represent members in your department or your faculty, participate in a committee, come to the membership meetings to debate issues and to vote, run for elected positions, put your name forward for the Part-time Professor of the Year award, or tell us when you believe your rights or other members’ rights are violated. A union only exists because of its members, and a union is only as strong as its ability to involve and mobilize its members.

We wish you a healthy and safe end to the 2022 Fall session and best wishes for the holidays and a safe and prosperous New Year.